Hours of Service Rules & How they Affect Your Case

If you pay close attention to the news, you might have caught mention of the hours of service rule pertaining to big rig truck drivers.  The service regulations are especially important in the context of how often truck accidents take place in Victorville, CA.  If a driver of a commercial motor vehicle is involved in a collision, the outcome can be catastrophic.

Additionally, if commercial truck drivers are involved in accidents while violating the hours of service regulations, then the trucking company along with their drivers could be found liable in a truck accident lawsuit. Here’s a closer look at what the hours of service rule is and how it affects a personal injury case.

What’s the Hours of Service Rule?

Commercial truck drivers and passenger-carrying drivers must follow federal regulations and adhere to highly specific federal and state laws in Victorville, CA.  The logic for enforcing these laws is to safeguard all motorists, including truck drivers.

The hours of service rule was created by the Federal Motor Carrier Safety Administration or FMCSA for short.  The service rules were created and enforced by local law enforcement officials in the aftermath of gruesome truck accidents that resulted in considerable pain and suffering, or the loss of life. Those affected included commercial truck drivers and passenger carrying drivers.

According to the National Safety Council, more than 4,900 people are killed as a result of large truck accidents each year.  The number of fatalities resulting from large truck accidents is up more than 30% since 2011.  In addition, more than 70% of the deaths in crashes involving large trucks are the occupants of other automobiles as opposed to truck drivers who were either negligent or operating in adverse driving conditions.

By eliminating, or rather, reducing adverse driving conditions, the hours of service regulations shorten how long a trucker consecutively works. The federal regulations also specify the exact amount of hours property-carrying drivers and truck drivers can work and when off-duty time is enforced. Unfortunately, some commercial truck drivers do not follow the federal motor carrier safety service rules. So, when drivers do not take breaks, they are breaching their off-duty period and hours of service rules. Violating HOS rules has life-changing and legal consequences.

Consequences of Violating the Hours of Service Rule

A truck driver who violates the hours of service rule and exceeded the maximum driving limit will face ramifications.  The trucking company that employs the driver will also face harsh consequences.

Therefore, when drivers do not follow the standard for consecutive hours off duty time, they will be restricted from operating a commercial vehicle. This will last until the drivers have accumulated consecutive hours off duty. Ultimately, both the property-carrying and passenger-carrying drivers will be instructed to take mandatory rest breaks until full compliance of the off-duty period has been met.

With the long hours truck drivers must engage in, it’s natural to feel lethargic and exhausted. Drivers also face much stress trying to make tight deadlines, therein leading to being overworked and not following the mandated consecutive hours off duty. While the intentions may feel innocent, the actions lead to fatigued driving which is equivalent to drinking and driving. Ultimately, a major accident can ensue and cause serious injuries to victims.

Federal penalties can be imposed on trucking businesses that force, encourage or permit truck drivers to violate the hours of service rule.  Fines for violations of the rule have the potential to amount to totals between $1,200 and nearly $15,000 for each violation.  The FMCSA assess fines based on the severity of the offense.  There is even the potential for the trucking carrier’s safety rating to be decreased if it demonstrates a pattern of violations.

Breaking Down the Hours of Service Regulations

Take a close look at the hours of service rule and you will find it consists of multiple regulations. The latest regulations state that drivers of commercial trucks are entitled to off-duty time (rest breaks, meal breaks, etc.) after working a certain amount of time. The hope is that these hours of service rules will prevent adverse driving conditions, like truck driver fatigue. These efforts will ultimately save lives.  As victims of truck accidents in Victorville are aware, even an indirect collision with a big rig traveling below the speed limit can cause significant vehicle damage, painful injuries, or worse. 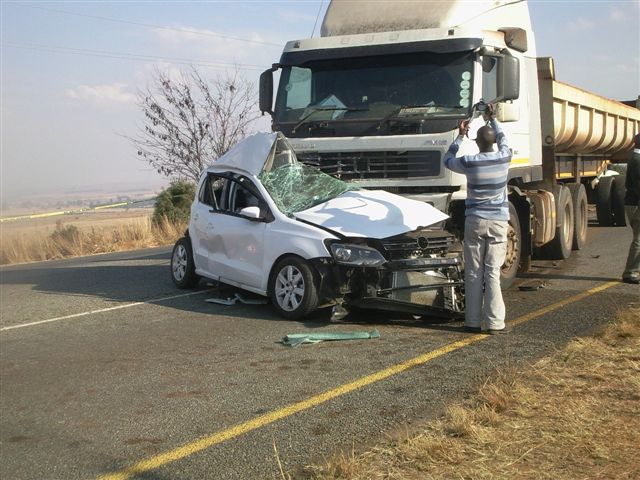 Here’s an overview of common rules and regulations for property-carrying drivers:

Truckers must take a break after driving their trucks for eight hours straight to avoid operating their oversized vehicles in adverse driving conditions.  The break must be at least 30 minutes to an hour in length.  The DOT hours of service rules also state that truck drivers cannot work more than 60 hours in seven consecutive days or in excess of 70 hours in any period of eight consecutive days.

The hours of service rule also limits the number of hours that can be driven in a single day.  Truck drivers engaged in the transportation of property are limited to driving 11 hours in the aftermath of 10 straight hours away from the job.  Passenger-carrying vehicles are also limited by law.  Such drivers are capped at 10 hours of driving after eight consecutive hours off duty.

Failing to follow these rules can result in civil penalties or even lead to federal criminal penalties, depending on the severity of the outcome. The goal is to prevent truck companies from overworking truck drivers and also ensure that each driver does not push themselves to the brink of exhaustion.  Truck drivers who adhere to the hours of service rules ultimately benefit the greater good by operating their big rig in a safe manner for everyone who shares the road.

There are exceptions to the regulations. A commercial truck driver who is hauling property can extend their driving time from 14 hours to 16 hours once after seven consecutive days worked. However, in order to qualify for the short-haul exception, the driver must return to the normal work-reporting location and be “released” by the carrier. Then, the extended driving time can begin.

Add in the fact that violating the hours of service rule will improve the case of the plaintiff involved in a Victorville truck accident and there is even more reason for truckers and their employers to adhere to the letter of the rule.  If an attorney’s investigation reveals the rule was broken in any way, that evidence will be used to prove the truck driver’s negligence or that of the trucking company, setting the stage for a handsome payout in the form of a settlement or court award.

It must be noted there is the potential for the trucking company to make the argument that the driver operating the big rig at the time of the crash is an independent contractor.  Your attorney will review the truck driver’s employment status as well as terms of employment, potential violations of the hours of service rule, the delivery schedule, and the specifics of the truck company’s policies to prove the defendant’s negligence. If you were involved in an accident involving commercial or property-carrying vehicles, you may be eligible for a personal injury claim. Schedule a free consultation with Rockview Accident Lawyers to learn more.